you might remember from a previous post that we were NOT very happy with the results from our 2018 AQS Paducah show… so much so that we asked to be moved to the Expo Hall for 2019. So when we found out in November that there would indeed be room for us in that venue we were stoked because we love going to Paducah. We love the town, the locals, the restaurants and its just a fun place to go!

But here’s the deal…. even though we knew where we would be vending, we didn’t find out about our booth location until about 3 weeks b4 the show! That’s when it was revealed that we actually would be vending in an “island-type” of booth… that is, rather than being open on two sides which is the norm for a corner booth, we’d be open on THREE sides (see below).

The reason? The back wall of our booth actually hangs out over ~1/2 of the roll-up door, so obviously no one else can vend on that side or that door would be completely blocked. There’s a totally different reason however that we had what amounts to a free alleyway on the right side however (about 28″ wide), and that would be the little item in red along the wall in that area otherwise known as a fire extinguisher!

So without having actually seen this space it was hard to decide what to do in order to take full advantage of this additional outside footage. I drew out this layout without being sure about which side of the booth we’d place our 8ft display table. No seat though because I knew we could flop this arrangement if need be! I took along an extra 6 ft table, another 4 gridwall boxes and extra display bags in order to be ready for ANYTHING!

In this picture with our booth half done, you can easily see the roll-up door on the right and the alleyway on the left side of our booth (along with the afore-mentioned fire extinguisher).  You might also notice that I did in fact decide to flip-flop our booth arrangement so that the eight ft table display is on the roll-up door side now.

My thinking at this point was that my neighbor would also take advantage of this alleyway by leaving this side of her booth open & undraped. Why wouldn’t she, right? WRONG!

Turned out that my neighbor likes doing demos in her booth (about 2 per hour) and attracts quite a crowd in so doing. So, if she had left her right-side drape completely down, then I’m sure her customers would have been standing IN that alleyway, preventing OUR customers from shopping on that side & virtually negating the benefit of an island booth. So… I think we guessed well and it all worked out for the best & obviously I’ll save this layout for AQS Paducah 2020!

So how did the rest of our display look? Check it out below!

This side of our booth should look quite familiar to you because its fairly similar to our recent setups. I did set an 8ft table on this side rather than the usual 6ft table which enabled this side to be 16″ longer than ever b4, allowing for a few extra bag stands. I also hung a couple of bags from the overhead pole supports. These were duplicates of bags that were already represented in the bag stands below, so even though they could not be removed from their lofty position, there was at least one sample below that our customers could freely check out! I was concerned this would be frustrating to some but it was no problem at all so this is a feature you just might see us repeat this Fall in Houston!

In conclusion, AQS Paducah 2019 was a WONDERFUL show. One of the best retails shows we’ve EVER had and such a refreshing change from the disappointment of last year!

And the best part of this show as with all others, is having the chance to meet and mingle with so many wonderful friends, some who have supported us & our products for many years (like the Don Distler family seen above) and many we’ve met at this show for the very first time!

And finally, since this was the 35th anniversary of this legendary show, and since the opening was kicked off with a marching band tribute, I think it’s entirely appropriate that we end this post with that same marching band!

So….. Until next year Paducah!

And remember, we love reading your comments and answering your questions too, so please feel free to leave either or both in the space provided below.

Join us in our FaceBook Group!  It’s just for StudioKat Designs customers and its the perfect place for you to post pictures, comments or questions about our patterns! How cool is that, right? And don’t forget to check out the best sewing pins with me on Pinterest, get your daily sewing fix and behind the scenes scoops on Instagram, and be the 1st to know about new patterns, discount codes and sample sales by signing up for “Kat Bytes”, our monthly newsletter. 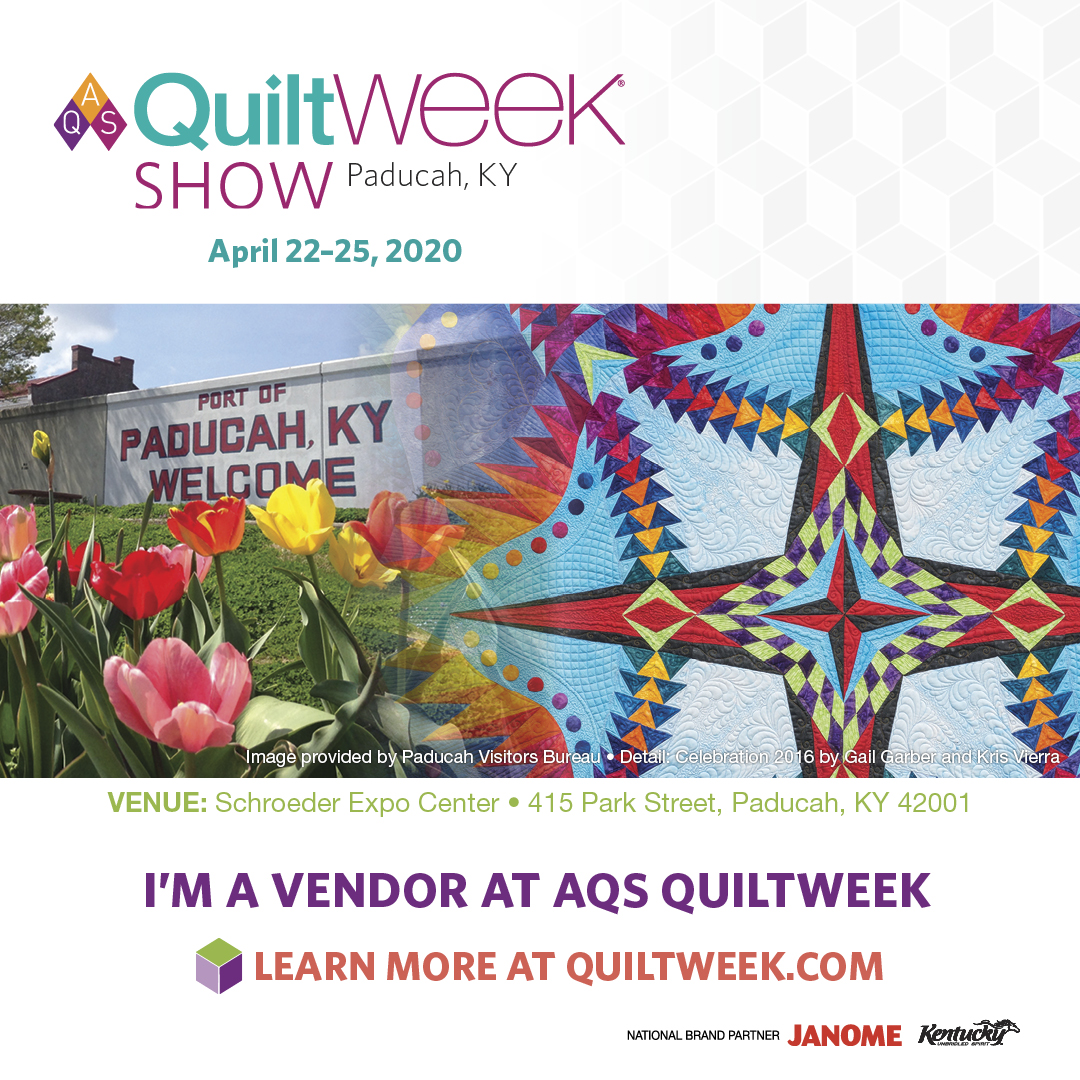